Casato Prime Donne in Montalcino occupies a property of 40 hectares of which 17 hectares of Sangiovese vineyard and the winery for the vinification and aging in barrels of Rosso and Brunello di Montalcino.

The winemakers are all women, including oenologist, a unique situation in Italy, a flagship for women in the wine business.

In the barrel ageing area there are no barriques: the Brunello ages at least two years in 5 and 7 hectolitre French oak casks worked by artisans, after which it is decanted into 15-40 hectolitre barrels and finally undergoing a further ageing period in bottles which is essential for the aromatic fullness of the wine. The distinctive element of the wine is its elegance: red harmonies able to last in time.

The fermentation room is where the Brunello is born. The grapes are handpicked during September and October and in about 20 days are transformed into wine. At Casato Prime Donne there are two fermentation rooms actually, one built in 2002 and one in 2007.

The indoor one was renovated in 2016 and now accommodates 8 small truncated-cone shaped bare concrete vats that are open on top, equipped with a plunger, and all temperature controlled.  This is where the Brunello is vinified, reproducing, in a modern way, the system used in cellars from Roman times onwards. 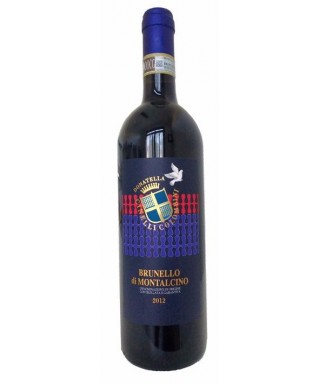 Tuscan red wine Brunello di Montalcino Tuscan red wine obtained with Sangiovese in purity, this Brunello is elegant, full, harmonious and soft. It is accompanied by important meals and tasty and seasoned cheeses.