Winery that uses agriculture that is as natural as possible, with great attention to the protection of the environment, and to the typicality and genuineness of the wine.

The base of the production comes from the ancient Tuscan grapes, such as Sangiovese and Trebbiano, and from the autochthonous ones more linked to the island territory, first of all the Aleatico.

The Acquabona Farm dates back to the early decades of the 1700s and owes its name to the presence of a source of fresh water, a precious asset for the islanders.

The company is located between Portoferraio and Porto Azzurro, on the eastern side of Monte Orello towards the Gulf of Portoferraio.

The winery was founded in the late 1950s alongside the cultivation of cereals and forage for cattle breeding. Later the company specialized exclusively in viticulture. In the 1980s new criteria were applied for the cultivation of vineyards and for winemaking, thus arriving today at an agriculture that is as natural as possible, with great attention to environmental protection, and to the typicality and genuineness of the wine.

Today the Acquabona Farm includes over 16 hectares of vineyards and is one of the largest wineries on the Island of Elba.

The main company body is located in Acquabona, in the Municipality of Portoferraio. There are about fourteen hectares of vineyards, where the white grapes and a part of the red grapes are grown.

The finest red grapes, destined for the production of reserve wines and Aleatico DOCG, are grown in the "La Cote di Siterno" farm, near Lacona (Capoliveri).

The love for the island and the territory have directed the attention of the company towards the rediscovery of indigenous vines, originating in the place or widespread on Elba since time immemorial. The base of the production comes from ancient Tuscan vines such as Sangiovese and Trebbiano, and from those most linked to the island territory: Aleatico, from which an extraordinary DOCG dessert wine is obtained, and Ansonica, a traditional native white vine, present for centuries in the Tuscan Archipelago. 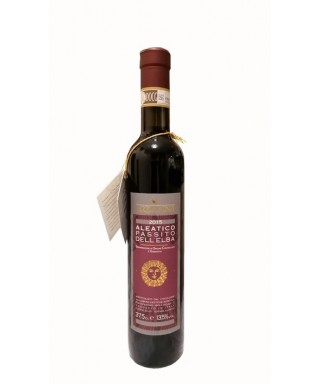