The Macchiaiola Maremmana is among the most ancient breeds of Italy. It was considered extinct until, a few years ago, some specimens were discovered on Mount Amiata, in Tuscany.

Currently, thanks to the European project "Vagal", in collaboration with the Province of Grosseto and the University of Florence, the breed is being recovered by the work of two Tuscan companies.

One of these companies, Il Poggiolino Montemurlo, has also recovered the processing of the Macchiaiola Maremmana meat with a very limited but unique and high quality salami production, so much so as to be among the excellence of Italian enogastronomy, winning in 2017 the special mention in the Tuscany food awards for the "cured meats" category, and in 2018 the record in the same category.

Brief history of the Macchiaiola Maremmana

The Macchiaiola Maremmana is among the most rustic and primitive breeds of Italy. Originally it was bred only in some areas of southern Tuscany. At the beginning of the '900 began to spread also in other areas of Tuscany, Lazio and Umbria. However, due to the low production yield, the breeding of the Suino Nero began to be abandoned, until the breed was considered extinct.

In 2005, some pigs belonging to the Macchiaiola were identified on the slopes of Monte Amiata, and a recovery work began which gave life to the Breeders Association for the Promotion and Protection of the Macchiaiola Maremmana of the Tuscan Bio-Territory, consisting of only two companies both from Tuscany: Il Poggiolino Montemurlo and Il Felcetone di Seggiano.

Today the Suino Nero is a breed registered in the Tuscan Regional Repertory of animal genetic resources.

The Suino Nero is a breed that needs to be bred in a semi-wild state. The name Macchiaiola derives from its natural habitat which is the Mediterranean scrub (macchia): woods, clearings and natural pastures. The power supply in the wild was mainly made up of grass, chestnuts and acorns. 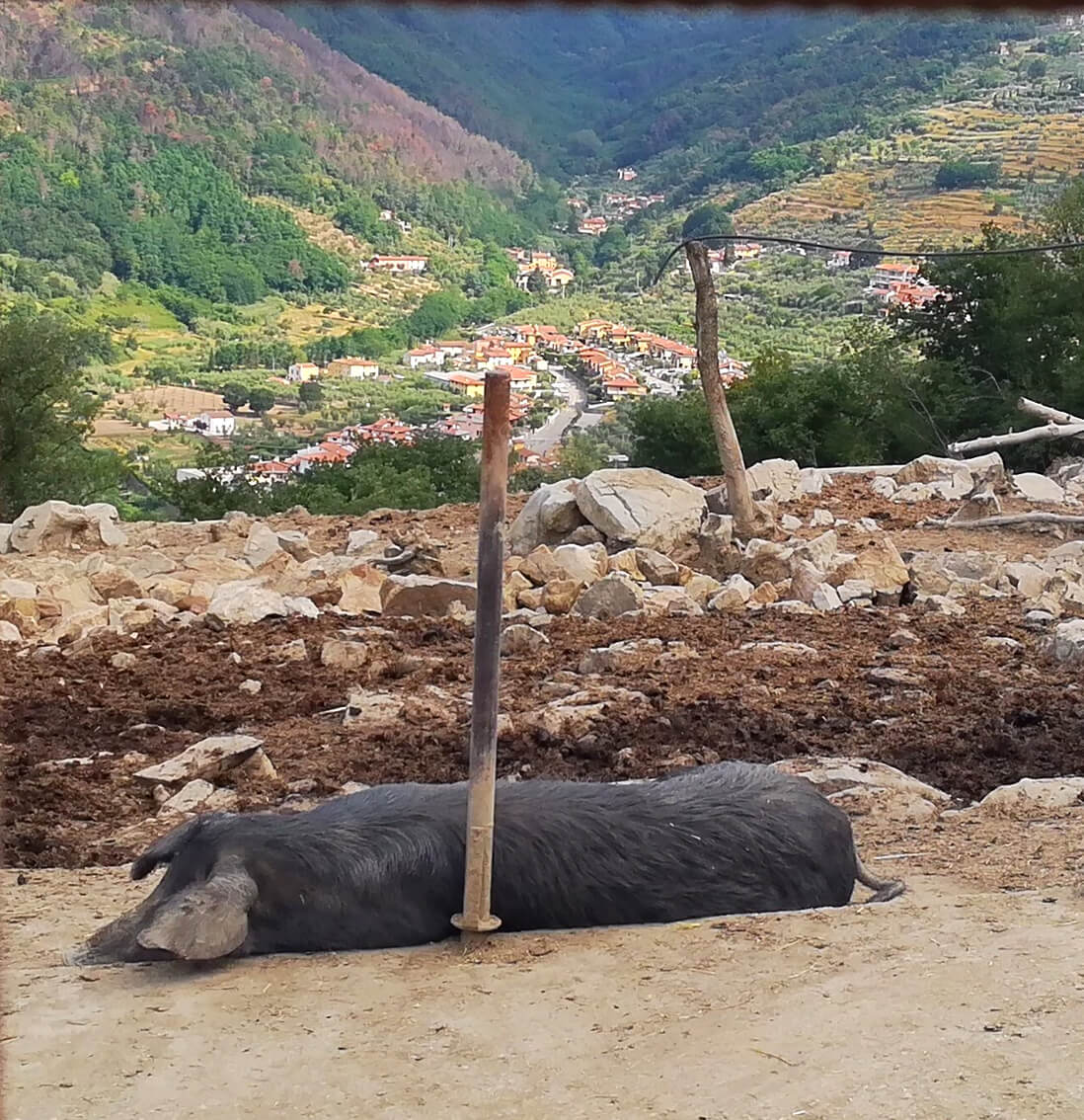 As the Macchiaiola is a rather small pig, with a thick coat and large black bristles, long and thin snout and short ears, usually lowered.

The yield of the animal is minimal, compared to other breeds of pigs, and is one of the main reasons for which the breeding was abandoned.

The Poggiolino Montemurlo is one of the two companies that, under the supervision of the University of Florence, took charge of protecting the Macchiaiola Maremmana breed, adapting its hectares for the reception and breeding of the Suino Nero. The breed is protected and certified by the registration of the trademark "Macchiaiola Maremmana" or "Macchiaiolo Maremmano", whose disciplinary is very rigorous in order to guarantee quality, healthiness and excellence.

We visited the breeding twice and with two exceptional guides: Bruno and Giulia Tissi, father and daughter who lead this family business. The animals live within the semi-wild state, perfectly integrated into the eco-system and according to precise environmental sustainability rules: they have ample space to move, have shelters, feeders and small "pools", are protected from any contact with wild boar and receive a diet studied by the University of Florence and divided by age groups.

The diet consists in part of the products of the undergrowth, partly from high quality cereals, fruit and vegetables produced on the farm and fresh grass turned into hay, which allow to have healthy animals with little fat mass: from the analysis of the Macchiaiola meat it has even emerged that fat are present Omega 3 and Omega 6 acids, which make it digestible like that of fish.

The breeding arrangement follows the phases of pig life: there is the space of the little ones, who follow a dedicated diet, the "maternity" area, where the sows give birth and suckle the puppies in safety, the area of weaning, with a dedicated shelter for each sow, the breeding area and finally the shared growth environment. All stages of breeding are carried out according to the natural rhythms of the animal, far from those of intensive farming.

The processing of the Macchiaiola Maremmana meat is regulated, like breeding, by the specification. For example, slaughtering is scheduled from 18/24 months of age, or for ham the minimum seasoning is 24 months.

The production of Poggiolino Montemurlo follows ancient Tuscan recipes that date back to the eighteenth century, using only the aromas of the Mediterranean Macchia: garlic, nepitella, oregano, thyme, fennel, sage, rosemary, bay leaves and juniper berries. The pepper, which at the time was a very expensive spice, is not used. All the products of Suino Nero Macchiaiola Maremmana are guaranteed by a complete traceability, from origin to packaging.

The University of Florence has followed and verified directly the correct execution of the processing phases, carrying out genetic tests on the meat. The results are as follows:

All the products of Il Poggiolino Montemurlo of Suino Nero Macchiaiola Maremmana® are guaranteed by a complete traceability, and have a limited and seasonal availability that follows the natural growth of the animal. 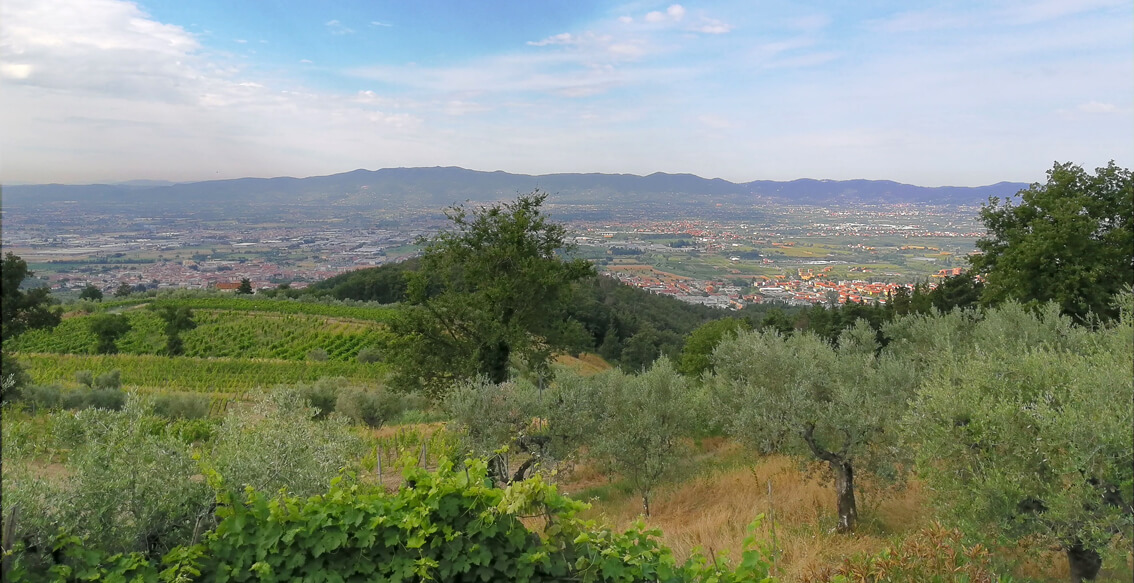