Vermouth complex, the Ippocrate is a meditation wine, obtained by macerating as many as 15 different types of herbs and spices and adding wild cherries. It has a strong aromatic note, fruity and well integrated in the overall balance of the product.

The invention of the vinum absinthiatum is attributed to the Greek physician Hippocrates: was obtained by macerating in the wine the flowers of the Cretan dittany and of the Artemisia absinthium.

This recipe, at the base of Vermouth, was enriched when the merchants brought from India, from Indonesia and from East Africa spices and drugs: cardamom, cinnamon, cloves, nutmeg, rhubarb, etc. Later, from the Americas, vanilla and cinchona bark were added.

In the seventeenth and eighteenth centuries in Lyon was published "Secretes du seigneur Alexis Piemontois", where the Piedmontese herbalist Alessio reported a hippocratic wine recipe with alpine herbs. The herbalist was called to the Bavarian court and this wine of "Herr Alexius" became "Wermut Wein" from "Vermut", German term for absinthe, at the French court it was called "Vermouth" and as such it returned to the Francophone court of Turin and from there in other parts of our peninsula, even if in Italy this wine was already produced with other names.

The Ippocrate made by Opificio Nunquam is a complex meditation wine, obtained by macerating 15 different types of herbs and spices. The addition of wild cherries gave the product an aromatic note, fruity, but well integrated in the overall balance of the product.

Excellent as a dessert wine and with chocolate products. 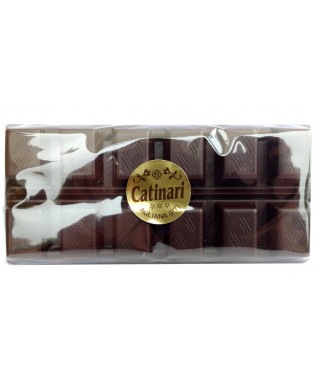 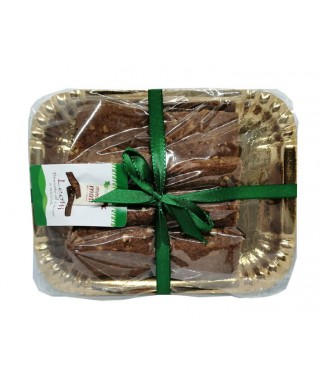 Cocoa and hazelnuts cookies Biscuits produced with 30% cocoa and 25% of IGP Piedmont hazelnuts. In 180g pack.